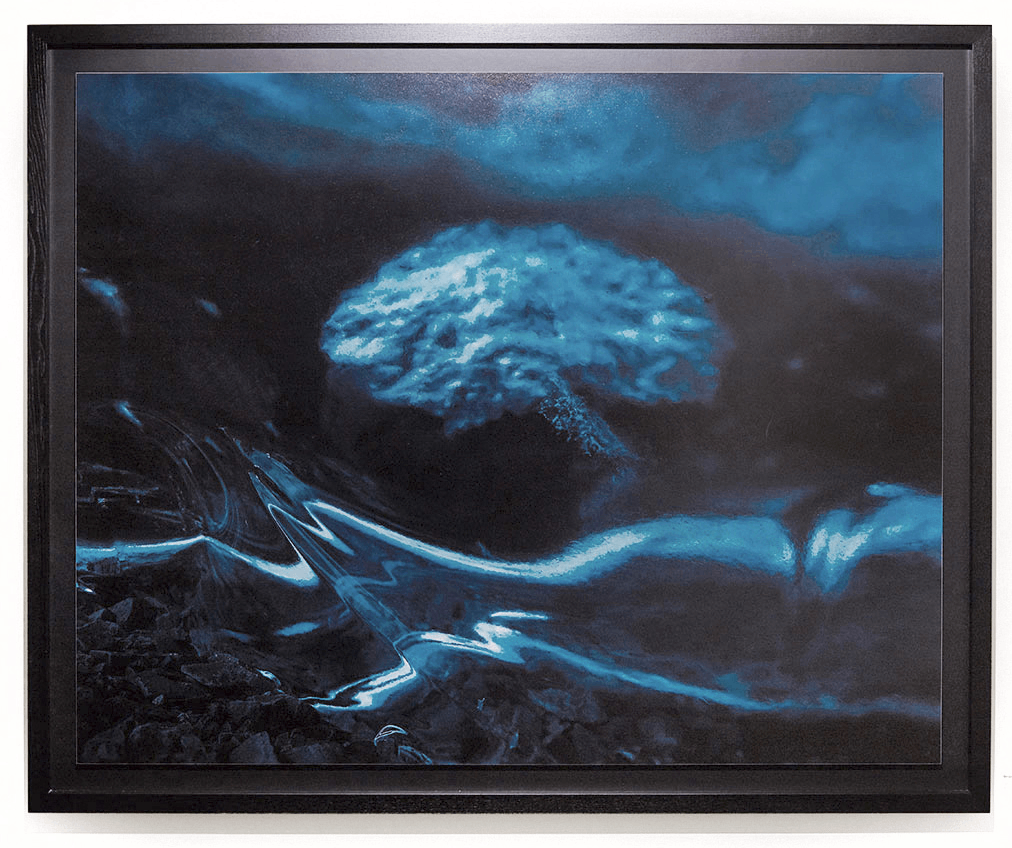 Glaciers, volcanoes and caves: Swiss photographer Bernd Nicolaisen gathers unique photographs of these landscape phenomena, taken on Iceland between 2004 and 2017. On display are over 20 photographs, some of which fill walls (Photographs - Tableaux - Lightboxes), some of which are presented in light boxes. The depicted seemingly untouched, magical-appealing nature, seems as if from a distant planet. These are places of solitude, silence, melancholy or even spirituality, which emphasize the premises of the Zurich Grossmünster in a special way. Humans and animals are absent; instead, bizarre, vast natural landscapes dominate the picture. The appeal of the photos is particularly emphasized by the extreme lighting conditions: for Nicolaisen, finding the right and still necessary (residual) light for his shots becomes almost an obsession.

In the compositions, the finest nuances of color become visible in monochrome tones: modulations of ice blue and gray. Bernd Nicolaisen explores the structures and surfaces of glaciers, especially ice, to make them visible in a way that is both expressive and documentary.

The viewer glimpses closely observed details of glacier surfaces. The atmospherically dense images gain form and depth when viewed from a distance, and disintegrate into crystalline shapes and structures when viewed up close.